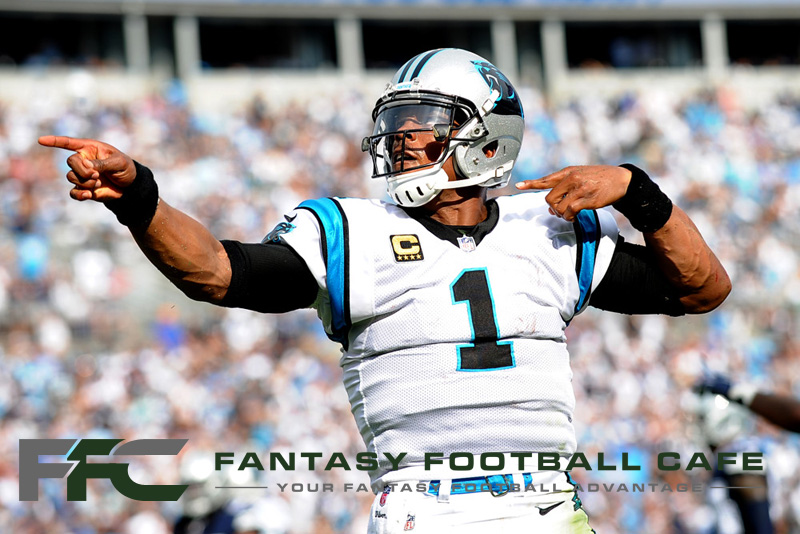 The NFL Draft is just under a month away. There could be a handful of interesting players added to the 2020 sleeper discussion once the draft concludes. However, there are players who have changed teams or players now with new opportunities because of these changes.

Sometimes, seasons lost to injury can erase players from fantasy team owners’ target lists. Changing teams can also dramatically improve a players’ usage. A couple new additions to a defense can transform an average unit into a valuable fantasy option.

When you’re armed with good information ahead of your league’s fantasy football draft, you can easily manipulate your strategy to know when to take these types of potential sleepers. Here’s our top-10 heading into 2020, broken down into two from each of the primary roster spots on a fantasy lineup.

Cam Newton – When you’re a former NFL Most Valuable Player, you have talent. Injuries can reduce a players’ potential effectiveness, but not always. There are also players who enjoy making monkeys out of naysayers. Cam Newton is that type of player.

Anyone having watched him take control of a game during the height of his health knows he has talent. Now that he will no longer suit up for the Panthers, where will the former Carolina QB land. Most seem to point to two teams a country apart.

The Patriots and Chargers both have big shoes to fill at the quarterback spot. New England could make Newton rocket from sleeper to must draft status. He will have one of the best defenses in football, and a fairly talented cast of skill position players. Hard to fathom, but Newton is one former MVP who has to be a sleeper heading into 2020.

Dwayne Haskins – Our second potential 2020 QB sleeper will not change teams heading into the new season. However, there may be some new pieces of the offensive puzzle put in place leading up to the Redskins first game.

Haskins has a young receiving corp to work with, one that should only improve with experience. In 2019, indecisiveness led to far too many sacks and errant passes. Both of those problems will improve with his own experience.

Washington should also target improvements on the offensive line, changes that will give Haskins more time in the pocket. This might be the biggest variable to him improving to fantasy worthiness in 2020.

In addition, we can’t forget he’ll suit up four times against the Philadelphia and New York Giants’ pass defenders. The former Ohio State quarterback will try to put on display the raw talent that made the Redskins target him as their quarterback of the future. The future is now in Washington.

LA ran the ball about 40 percent of their 2019 snaps for just under 1,500 yards. Expect Henderson to get the bulk of these carries next season, at least initially. Malcolm Brown is second in line, but he will be in his sixth season with the Rams.

However, Brown has never been handed many opportunities, which is a strong reason why they drafted Henderson in 2019. How much he factors into the passing game could dictate how valuable a sleeper he becomes.

We’re not saying someone should target him as a lead fantasy back. However, projections have him falling down below the top-dozen running backs drafted. He could be an exceptional pick in the later rounds of your league draft, one that turns into a game changer as the season unfolds.

Sony Michel – Things are going to change in New England. Well, maybe not as much as some envision. It seems unthinkable that a man named Brady will be hunkering down under center for a team other than one called the Patriots.

Alas, the best quarterback of his generation and maybe more is now in Tampa Bay. What that leaves is a Patriots team with a really good defense that got a little better and a huge hole at quarterback. Michel and ball control could help ease that departure.

Even if New England signs Cam Newton, look for the Patriots to shift to a heavy ball control offense. Michel is already the leading candidate for goal line touches, but now he may become an even more integral part of the every down offense.

Like Henderson, early season numbers will indicate how much of a role he will have. However, while he isn’t a back to target as your RB1, having Michel on your roster as a potential breakout candidate or useful Flex is clearly a move that could prove sleeper worthy.

Parris Campbell – There were a number of fantasy football projections that tagged Parris Campbell as potential steal in last year’s draft. Injuries made a monkey out of any poor team owner who used a draft pick on the former Ohio State Buckeyes star.

However, since he isn’t at the top the statistical charts, Campbell has dropped down on many ranking lists. A less-that-studious fantasy football team owner may not draw the important connection between Campbell’s improved health and the new quarterback in Indianapolis.

Phillip Rivers is another one of those veterans who will be seeking to make monkeys out of his own naysayers. Rivers will be looking for a sure-handed target to catch his passes, now thrown in a Colts’ uniform.

There is a strong indication that Campbell could emerge as a Rivers’ favorite. Campbell has excellent speed and a knack for getting open. He also proved, catching passes from one of our other potential former Buckeyes sleepers, that he is not intimidated by the middle of the field.

Steven Sims Jr. – If you enjoy stacking quarterbacks with wide receivers, this could be a nice package deal. Terry McLaurin is going to get a lot of attention after scoring the highest overall grade of last season’s rookie wide outs.

However, if Haskins matures, McLaurin is going to target the opposing defense’s number one lockdown defender. Sims Jr. has already shown flashes of breakaway ability as a special teams returner, plus he showed a dramatic improvement in catching passes.

Washington has a lot of pieces of the puzzle to get in place before they contend for anything. That means 2020 could still find the Redskins playing catch up in most of their games. Plus, just like Haskins, the rest of the Redskins receiving unit will see the Eagles and Giants four times.

TJ Hockerson – One of the quickest ways to navigate to the top echelon of your league standings is to forego the tight end and defense spots until the late rounds of your league draft. However, that means nailing down a sleeper at one or both these roster spots.

The best place to target a sleeper who falls down your draft ladder is at tight end. But, who do you target? Once you get past the 10th ranked TE on fantasy projections, you really begin to project success.

One nice strategy is to scoop up someone who didn’t live up to lofty expectations the previous season. The Detroit Lions TJ Hockerson immediately jumps off that page. The second-year player is coming off a 32 catch year with less than 400 yards receiving.

Hockerson also managed only a pair of touchdowns. However, much of that production came as part of a Detroit offense in total disarray without their number quarterback. Hockerson is a late-round projection at best, so he might be a nice addition after you’ve bulked up at other spots on your roster.

Jack Doyle – There was a time when Doyle jumped off the charts as a must-add fantasy tight end. He ended up sharing opportunities with Eric Ebron and his viable production plummeted. While Doyle has never grabbed more than five TDs in a season, Phillip Rivers is his new quarterback.

Throughout his career, Rivers has shown an affinity for targeting his tight ends, especially in the red zone. Many draft projections have Doyle falling out of top-20 projections. Keep in mind, he is only two years removed from an 80 catch season.

With Ebron now moved on to Pittsburgh, the depth chart shows a healthy Doyle as being clearly the number one Colts tight end. Add to that the idea that he now has a crafty veteran at quarterback, one who likes to involve the tight end, Doyle could be a last round steal.

Atlanta Falcons – Defenses are sort of hard to rank as sleepers. The best strategy is to attempt to find teams that were decent the previous season, but added a couple key players to improve their performance quickly.

However, there are also instances where a change in offensive game schemes could turn a lackluster previous season into something of which sleeper defenses are born. One of those could be in Atlanta. Todd Gurley will change the Falcons mindset to ball control.

Atlanta is only two years and a couple key players removed from a top-10 defense. They are projected to target an end rusher to help improve their sack totals. Don’t be surprised if the Falcons jump the statistical ladder on defense a lot from last year’s performance.

Cleveland Browns – When you look at 2020 team defense projections, the Browns hit as high as number 10 and as low as number 24. Much of that could be uneasiness over a team that ranked third worst at stopping the run in 2019.

Cleveland was decent against the pass, and they added a pair of former starting safeties during free agency this winter. They added Andrew Billings as free agent depth on the line. The Browns are forecast to improve their offensive line with their first draft pick in April.

However, everything points toward them snagging a defensive player in the second round. They will invariably either get better on the defensive line or at linebacker. There is strong indication they will do the same thing with subsequent picks in later rounds.

Cleveland has some tough spots early in the schedule, but they also have a few weaker opposition offenses on the slate. How much improvement Cleveland can muster at stopping the run will directly affect how many chances a good secondary has to produce fantasy football points.

These are 10 sleepers, five each from key fantasy football roster spots. Either of our running backs or wide receivers would make nice fillers as potential Flex players. Keep an eye on April’s draft to see if either of our defenses fills needed spots on their team. If they get the right players, these DSTs could turn into big time draft day steals.